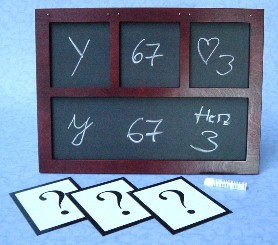 This is mental magic that makes your audience believe in a real miracle. A miracle that you can perform easily and without a long time of memorizing systems.

(*) All prices include the legal value added tax, if necessary plus shipping costs and cash on delivery fee.

This is mental magic that makes your audience believe in a real miracle. A miracle that you can perform easily and without a long time of memorizing systems.

And this is how your audience sees the performance:

You present a board, which is divided into two rows with three fields each. Afterwards you ask a spectator to think of a letter, for example, which you then write as a prediction, as if you could read thoughts, in the first field of the upper row, which you then cover with a small plate.

Only now does the viewer name the letter he has thought of, which you write in the field below your prediction to check.

Now you ask a second spectator to think of a number. You try to guess the thought of the spectator and now you write the middle field, which you cover just like the first one.

After you have made your prediction, the spectator will now name his or her number, which you write in the lower field, visible to all.

Repeat the same process with a card, which you write the value of the card in the last field of the upper row before the spectator has even touched the deck of cards. You also cover this field. The spectator now names his card, which you write in the last free field. If you now remove the cover plates above your predictions, they will match the letter, number and playing card you have drawn.

For this effect, which hits like a bomb, you get the cleverly constructed board, which does all the work for you. The nice thing about this board, apart from the clean finish, the automatic function and the effect, is undoubtedly the size of approx. 40x50 cm. So you can show the effect at parties, but also on big stages!

Please note: With our design you write on wipeable blackboard foil. Therefore the black and white contrast is higher than with the old plastic writing surfaces. So the writing is still clearly visible at a much greater distance! 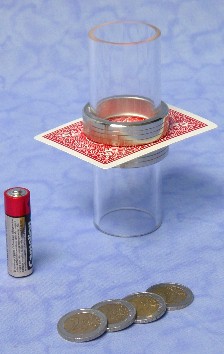 Certainly this is not a new effect, but due to the transparent version and accurate... 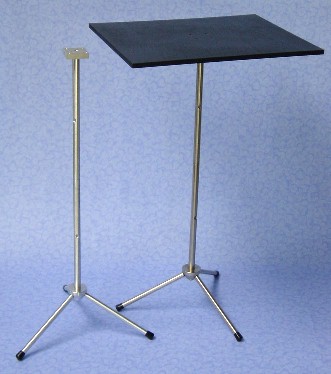 The benefits of our solid steel table base have been highly appreciated in the business for more... 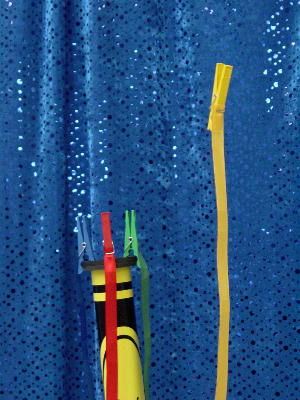 Several decades ago the trick “Popsy Pegs” from Supreme was very popular. A great effect, but it... 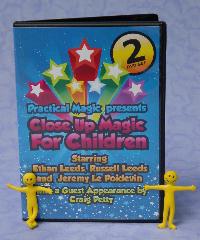 Close up Magic for Children